“This is sure to be it.” The shaky beams of their flashlights swung through dust-laden air and converged on a door, heavy oak and rusted metal and ancient. Mannerheim dropped his pack, pushed his glasses up the bridge of his nose, and grinned triumphantly. “We found it. Bloody fool Tennenbaum and his bloody fool curse. Probably translated it wrong.”

Rogers prodded, “Shall we?”

Mannerheim tried the handle, found it frozen tight. He picked at the lock, but tripped no mechanism. Finally he pulled a crowbar from his pack and tried to wedge it in —here, and then there — before giving up: there were no useful gaps between door and stone. “If we only had the key.”

“Franz, I do wish you hadn’t said that.”

Rogers’ hand had closed tight around his upper arm, nails digging in. Mannerheim turned to see his friend’s face ashen and lip quivering. He followed his eyes…

There’s always at least one. The guy who doesn’t have that thing where you can tell when someone wants to be left alone? That guy. He’ll chat you up from across the aisle on the subway, he’ll face you instead of the doors in an elevator, he’ll sit right next to you at an empty bar.

The bartender had enough sense to leave me be; I’ve been in here before. I’d been sitting, half-watching the television above the bar, nursing my drink, decompressing. They call me ‘Fleet’; I could always run away. Instead, I grunted something noncommittal.

“Thought it would have warmed up by now,” he continued. To the bartender: “Club soda. And whatever my friend here is having.”

Well, that tore it. There was no escaping him now. “Much obliged.”

“Think nothing of it.” We watched the bartender make the drinks. He was a good one, the bartender, had that hurried skill that comes from the muscle memory of making a hundred thousand cocktails. “You’ve been watching the coverage?”

I shrugged. “It’s on.” Channel 2 was running blurry, shaky cell-phone video of Massive going toe-to-toe with what we would later find out was one of Chasm’s stone golems while Rapture and I evacuated the civilians from the area. But Chasm is another story.

“Nice job, that.” The man gave an appreciative nod of the head as Massive’s uppercut exploded the golem into dirt clods and dust cloud. “You guys do good work.”

We don’t get many starfuckers; we’re not ‘A’ team. I can count one one hand the number of times I’ve been recognized on the street. And I wasn’t even in the outfit. “Thanks.”

“They got his name wrong, did you hear that? ‘The Massive Man’. Fox, right? Unbelievable. And they didn’t mention you or the black girl at all.”

Rapture is like a 70’s Pam Grier in black leather and a cape, and she’d probably have punched the guy in the mouth for calling her ‘the black girl’. I just shrugged again.

“You gotta wonder, you know? Why you do it. Going out day after day, fighting the good fight, putting it on the line—” he was a litany of clichés, this one “—without so much as a mention.”

I sipped my second scotch. He wasn’t telling me anything I didn’t know.

“I mean,” he continued. “Guy like you, he wants to be part of something, wants to make a difference. I get that. But what does he get out of it?”

You know the comic book hero, Spider-man? Of course you do. He’s got that ‘Spidey sense’, right? You’ve got it too, and so do I: the hairs on the back of your neck standing up. They’re the leftover of an ancient biological defense system, puff your fur up so you look bigger to whatever threat has you tweaked. For us, they’re a thousand tiny sensors detecting subtle changes in the air. Something’s sneaking up on you. This guy wasn’t just some asshole in a bar.

Maybe I could slow-play whatever he was. “Such as?”

At first I thought I’d been too obvious, because he stood up and put his coat back on. But with two fingers he slid a business card a few inches towards me on the bar and smiled. It had an address on it, and nothing else, and he was walking out the door by the time I looked back up from it.

“You know that guy?” The bartender was clearing the club soda.

McLeary was waiting for me just inside the front door to HQ, which he never does. I handed him the card.

“Some guy I’ve never seen before tried to recruit me in a bar.”

“Sure.” I was surprised when he handed the card back to me. “Don’t you want to—”

“I’ve never even been in there.” And I’m the only one who hasn’t had a private audience with Dreamland One, and everybody knows it.

There’s eight guard stations, a biometrically secured elevator, and a Cheyenne Mountain-style steel blast door between the front entrance and where one goes to talk to D1. If you’re on one of the Teams, everybody you pass on your way from one to the other nods and addresses you as ‘sir’. I used to think they were just being polite.

I’m not going to describe the conversation with Dreamland One, and not because that’s just not something one does; I wouldn’t know where to start. I get now why people tend to come out of there like they’ve just been hypnotized or given a blow to the head or something.

Say you’re a self-aware computer. Also, say you have access to every news ticker, every camera feed, every phone call, every text, every blog and Twitter, every Nook and Kindle. You see patterns; you start being able to predict outcomes. Things only seem random because we don’t know all the variables.

Now, say you’re running something like Project Dreamland. Eventually someone is going to try to penetrate such an operation. You’re going to see that coming. You want to give them what looks like an ‘in’: an asset that seems disaffected, but that you trust absolutely. Just telling someone to seem disaffected won’t work, because acting disaffected looks like acting. So you give that asset reasons to be disaffected — intentionally, for years — so that when the attempt comes your trap will be believably laid.

I don’t know whether to be appalled, or proud that it was me. I don’t know who these people are or what D1 has planned for them. But I’ll bet anything it’ll be Byzantine as hell, and absolutely, insanely fucking effective.

He ran, having dropped his pack, his sword, his helmet, and any pretense of dignity or bravery. Where the ground was level and clear he felt as a gazelle must; where it was broken and overgrown he leaped, stumbled and swore and begged the gods to return him their favor. The shaking of the ground made matters increasingly worse.

Eventually he lost his footing, fell, rolled, tried to get up and failed. He was plunged into shadow, and twisted to look up. From out of the silhouette of the giant thrust an immense open palm, straight at where he lay. 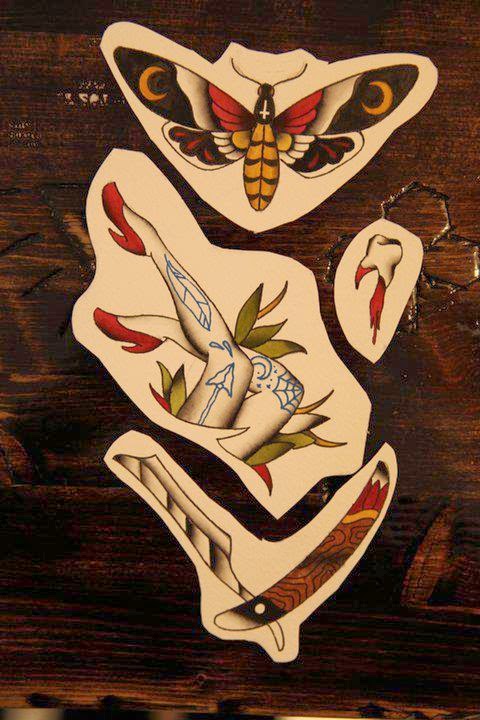 She walked in as if she were a normal customer, spoke to the receptionist. She’d made an appointment with just her first name; no one made the connection. She sat, she waited patiently. When her name was called, she went back to his station.

He stared at her for a long, intense moment, and then asked, “You know what you want?”

She laid the reference art out on his station, arranged as they would appear on her skin.

“You can afford it?”

He shrugged, managed a wan smile. “Well then. I guess, hop on up.”