The Last Of The New Amsterdam Vampires

I went on to California, then Seattle and finally Portland. I can blend in among the eccentrics and the hipsters and the nut jobs without a second’s thought. Coral stayed in Nebraska, in that little town, where she stuck out like black tar heroin on a candy tray. She never gave me a straight answer why, past: “I’m tired of moving around.”


That was what, ten years ago?

I’ve put out feelers, from time to time; she’s answered none. I hear from Rocky, often, always when he needs something. I heard from Wen only once, before she faded into the great Chinese interior from whence she’d originally come. Maybe she’ll come back out again, someday. She knows what to say in the Times Personals if she wants to find me. So does Coral. I wonder who they’ll be, who they will have become, when and if they do.

Maybe they’re already dust. I don’t know. I oscillate between caring and not, between wondering if they still exist and forgetting they ever existed, that we were ever a family.

I could make a new one, drain them and feed them and wait for them to violently wake. But there’s still time.
on Saturday, December 26, 2015 No comments:

Email ThisBlogThis!Share to TwitterShare to FacebookShare to Pinterest
Labels: double drabble, Horror, The 200

Home For The Holidays 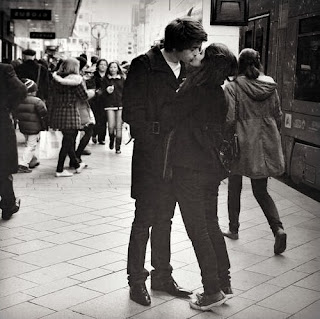 The boarding announcement crackled over the loudspeaker, telling her it was time to get in line, time to go through security, time to take the Xanax.

He'd been more silent than usual, but while staring over her shoulder at something undefined in the middle distance he managed, "So I guess I'll miss you."

"Oh?" She hadn't really heard it, not while concentrating on searching the bottom of her bag for tissues. But then it sunk in, and she looked up, and caught his eye and smiled. "I'll miss you too." She felt as if, suddenly, she didn't need the Xanax.
on Sunday, December 20, 2015 18 comments: