"This is a court-ordered remediation session, we can't turn it off; you just have to watch the whole thing and try to be open to the experience, let it wash over you without feeling like you're drowning in it."

"Listen, I want to talk to the judge again, can you pause so we can call the judge?"

"The judge isn't gonna take your call, sir, and he wouldn't change his ruling if he did, so we're not going to waste time pausing the session to dial him, so stop asking."

The Iron Lady Of Cardiff Bay 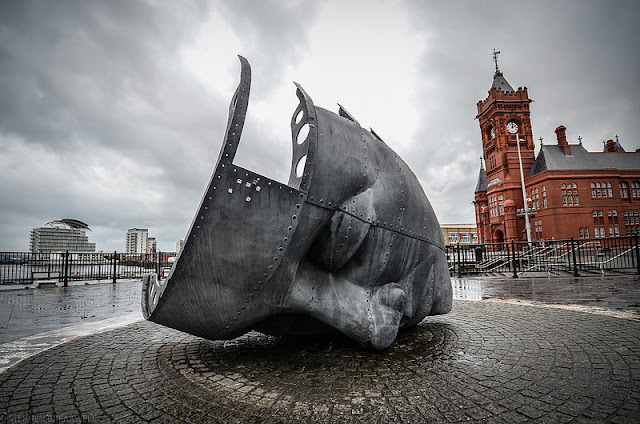 It was an Englishman — a contraptionaire to the court of George IV — who built her to protect the city where he'd found love and a home. For generations she waded in the bay, righting overturned boats and spotting fires, a civic watchdog as well as mobile local landmark.

During the war, she was often seen swatting at low-flying German planes, but it remains unknown whether she ever managed to down one, which is just as well, as had she done so it was unclear how and to whom such a hypothetical 'kill' should be credited.

By the early sixties her movement had slowed almost to lethargy, and there was great concern. It was however not until June 12, 1978 that the end came. Early one morning she collapsed with a great crash onto the shore, breaking into many pieces; most were scrapped, but one remains, a monument to her devotion.