"Ordinarily we'd call it in, then open up the cell and take the body straight to the infirmary. But we haven't touched the body. We haven't even opened the cell," the guard said, as if his sensibilities were offended that proper procedure hadn't been followed. "Orders."

The guard shrugged. "Warden doesn't tell us everything." His partner nodded, knowingly.

Last time I was at Sanctuary Island Penitentiary it was besieged by Project Dreamland's erstwhile rivals, the group we called 'the Romans'; since the battle, it had been repaired and reinforced, the staff redoubled and retrained. The new Warden had 86 days without an incident.

Yet here was Methis, lying cold and dead in a locked cell. His face was a hardened mask of surprise; there wasn't an obvious wound, but there was a trickle of blood below one nostril.

"One here in the corridor looking in, one built into the ceiling of the cell looking down. Both stopped working at the same time. Cameras go out, we walk down and eyeball them right away. That way knocking out a camera brings a guard instead of keeping one away. We got here, found this."

The odds of two camera failures and a death by natural causes all occurring simultaneously were too remote to consider. Interfering with electronics, shielded electronics, that could be any one of a dozen gadget guys, some of whom were inside this building in cells of their own. "Go check Game Player, Hargrove Mud, Panix, and Micro. Make sure they're in their cells. And Tic-Tac, while you're at it."

There was another, more uncomfortable possibility: a vigilante Cape, someone with some innate electrical power, someone we weren't familiar with yet. I continued, absent-mindedly, under my breath, "All bets are off."

"Sir." The first guard ran down the hall.

He thinks I'm in charge. Orders? Why did D1 send me to look into this, anyway? "I need to know how he died."

The second guard began, "I'll have him taken to the infirmary right a—"

"No, leave him for now. We'll send our techs with a van." I took out my phone. The guard was hesitant. "We have a better lab."

McLeary had been a cop for a long time. "No physical evidence to speak of at the scene. Nothing under his fingernails that didn't belong there, no sign of a struggle, no forced entry. The cell door logs every time it opens, and for how long, and it hadn't been open since breakfast, and our boy was fine then."

McLeary was clearly thinking, 'who wouldn't?', but what he said was, "No idea. All the other inmates are accounted for and safe. We'll look into victims, victims' family members, next of kin. Maybe someone with a grudge just developed powers." He looked like he had a bad taste in his mouth. "But this doesn't feel like some newbie lashing out. This feels pro."

You always know Mandy's coming: it's the heels clacking on the marble floors of Dreamland Headquarters. I feel like she wears them for the attention it brings, and I'm not complaining. We suspended our conversation to wait to see what she'd say. She didn't disappoint us. "It was his brain."

"No. It's missing. Like it was scooped out with a melon-baller. Only less traumatic. More like, poof, no brain. Not even residue."

"You haven't seen anything? No visions?"

"Nothing. And D1 doesn't have a predictive scenario that explains it either."

The self-aware supercomputer at the heart of Project Dreamland is capable of some frighteningly accurate predictions, but the mutations that result in Capes are inherently unpredictable. We're D1's blind spot, at least until we act. Once we do, he can start folding us in as data, writing algorithms that account for us. Until then, an emergent Cape is a land mine waiting to be stepped on.

"Maybe." I shuddered. "It'd have to be super-accurate. And at a distance, too." They were still reviewing all the security camera footage, but so far there wasn't even a hint of anyone unauthorized having been on Sanctuary Island within the necessary timeframe.

"Or they were invisible—"

"If you're invisible, why knock out the cameras?"

"If you're doing it all remotely, why knock out the cameras?" Mandy retorted.

McLeary cleared his throat. "So we'd know immediately. To bring the guards. So someone would see that he was dead right away."

"'Here's what I can do. You're not safe'. Something like that. It's a calling card."

"Pretty much. Sanctuary Pen is three kilometers from the nearest building on the mainland, and two kilometers of that is open water. Our melon-baller could have been anywhere outside that radius, doing his thing across the bay. If he can do that, he can kill anyone, rob any bank, lift any hard drive. He can steal warheads from silos." McLeary would have sounded amused to a stranger, but I knew him well enough to hear the hint of panicked mania in his voice. "There's no such thing as a locked room to this guy."

"We beat a god. An actual god. Remember that? This guy, whoever he is—"

"Or she," Mandy pointed out.

I've told you before: the ability to run as fast as I do of necessity carries with it superhuman reflexes. Or maybe it was just my good luck that they came together so I didn't end up splattered across the side of a building somewhere. When McLeary's face froze, and he began to drop like a ragdoll towards the floor, I was behind him and holding him up before Mandy could begin the blood-curdling scream that followed.

Doctor Chowdhury did the autopsy personally. Mandy didn't watch this time, though we all waited outside. Roland McLeary's brain was gone, just like Methis'.

I'm motherfucking coming for you, melon-baller.

The lights are on in the convenience store, unlike in the parking lot, but there's no clerk. Marcie drags the stranger inside, lays him on a big welcome mat while Parker locks the doors and pushes the magazine display over to block them.

"I'm gonna see if there's another door," Parker says, and runs towards the back.

She doesn't have to tear open the stranger's shirt: it's already in tatters. Four parallel gouges go from just below his Adam's apple down to his hip. She can see bone. "Parker…"

The lights in the store go out. 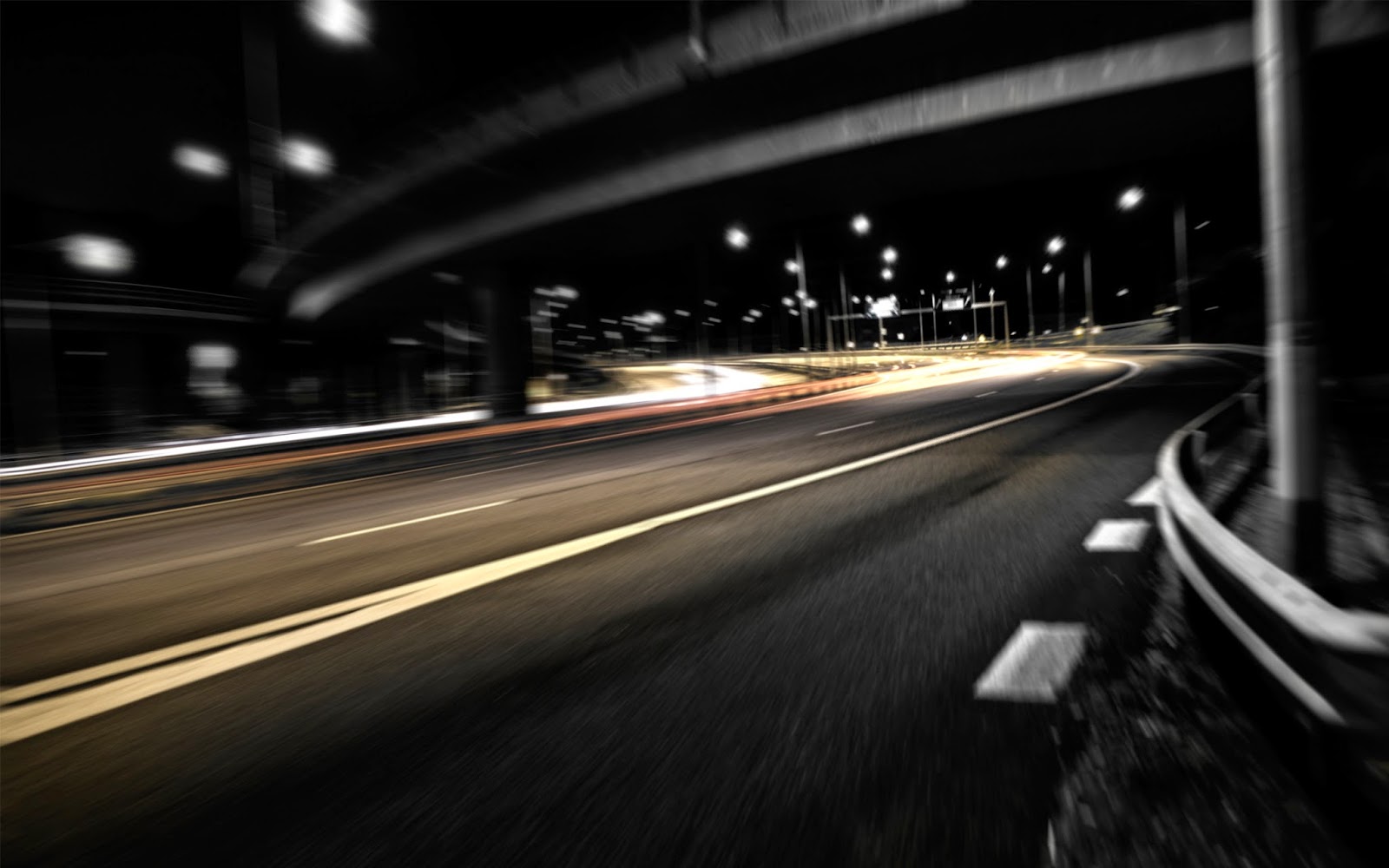 There's this dream I have.

I'm running: like, super-powered running. Running so fast that the air is stacking up in front of me and superheating, so I'm leaving a trail of plasma as I go. It's a thing that happens. You've seen a space shuttle re-enter? Like that.

I'm running because I've got to save Mandy. I don't know from who or what, but I know I've got to get where she is or she dies. But no matter how fast I run, I don't get any closer to where she is. The guardrails and the dotted lines and the streetlights are a blur around me; the bridges are an irregular heartbeat overhead. At some point I realize I don't even really know where she is, so maybe I'm running in the wrong direction entirely.

This is usually about the time I wake up, with sweat steaming off of me like I was boiling, with Mandy standing by the bed having jumped out to avoid the kicking. "You should really talk to somebody about that," she said this last time, before climbing back in and putting her arms around me.

So I went to see Dreamland One; I figured a sapient computer with access to the sum of all human knowledge could probably give me a good read. I described the dream in detail. "What does it mean?"

"Fleet, the truth is that no matter how hard we work, all the lives we save will end eventually, including our own. We are fighting for time, to keep innocent people from being robbed of it by those who have our power but lack our virtue."

Walking back to our headquarters apartment, I realize: of course, D1 is right. There've been Capes before us who are dead, some even of natural causes. Only a few Capes are long-lived as part of their mutation. And of course their families, their friends, their support teams, they all lived and died as any normal person would. Mandy will die. So will Junior. And Portland, and McLeary, and even probably Rapture.

But I refuse to believe Dreamland One will die. Never happen, and not just because it's a computer.

D1 is, for all intents and purposes, a god. It sees all, it knows all. It acts indirectly —through us, through the Capes and our support staff — but that's always been enough. I have no doubt that if D1 felt it needed to act directly, it would figure out a way to. It probably wouldn't even take it long.

Maybe it already has. Maybe it's all programmed and built and waiting in some hidden bunker to be activated in a last-option sort of situation. There are people who'd probably be worried by that idea, who'd picture some Terminator-style apocalypse with D1 playing the Skynet role, but not me.

If there's going to be a 'man behind the curtain' — and there almost certainly is going to be, no matter what any of us do, technology being what it is — D1 has my vote.

"What'd he say?" Mandy is studying data, looking for trends. It's homework from the boss.

"Pssh. I could have told you that." She gets up, stands close, kisses me. She smells like candle wax and baby powder. "We should go on vacation. We haven't done that in a while. Just for a few days. Leave Junior with Portland?"

Live life while we've got some. "Pack. I'll buy tickets."