Everyone went home, eventually, leaving all their dead soldiers behind.
You and I poured out, bagged, wiped up, carried away,
And wondered why we were friends with any of them.

Who Have Our Power But Lack Our Virtue

Dreamland Headquarters under siege: everyone walking around in a haze, waiting for another person's brains to be scooped out by remote control, another terrifying and sudden collapse. Everyone hoping that it doesn't happen to them, feeling guilty about it, withdrawing behind awkward silence.

There was a lot of 'coiled spring' going on, a lot of snapping at one another and then apologizing, a lot of eating in quarters instead of in the mess hall, a lot of waiting for the other shoe to drop. Except for Portland Drew, who, apart from offhandedly wondering aloud what it would be like to be 'just a brain', was her usual carefree self.

The rest of us stewed in it.

Then one morning Mandy and I woke to a flurry of activity: things were being built on the grounds surrounding headquarters. Big robots on track chassis — D1's 'waldoes' — were in a wide perimeter around the building pouring concrete mounts, heat-drying them, fixing tech to them that looked like misshapen satellite dishes, burying cable that ran back presumable to D1 himself.

We were watching them from the lobby 'fishbowl' when Massive and Rapture showed up. "Seabring wants you all downstairs in holding."

"With the dishes or downstairs?"

Rapture shrugged. "D1 is building something, that's all I know. Seabring knows, I think, but she ain't telling. As for holding—"

"There's been another one," Massive interjected.

Doc Chowdhury and Seabring were standing outside a holding room, whispering to each other. Mandy wasted no time: "Who was it? And who's the prisoner?"

"It's complicated, I'm afraid," Chowdhury began, genteel and mannered as ever.

Seabring was more blunt. "The melon-baller got Veronica Moresbay, one of the—"

"I know her." Mandy looked at me in horror and grief. "She was always giving Portland candy. I have pictures of her holding Junior."

"We don't know when. It could have been weeks ago. We suspect—"

"Wait, what do you mean? I saw Veronica in the mess yesterday."

Chowdhury nodded. "That's the complication. The… our enemy seems not only to have removed her brain, but to have replaced it with some sort of mechanism which has been sustaining Mrs. Moresbay's body and using it as, well, as a vehicle. We only caught it because this morning, D1 installed millimeter wave scanners in the frames of the front doors—"

"A spy. We wondered why the melon-baller would attract our attention with Methis. Maybe it took her first, and watched our reaction to Methis using her."

Mandy was eyeing the door to Holding Room 3. "Where is she now? Is she—"

Seabring looked at her watch. "She's dead. Her corpse is sitting in there playing Candy Crush on her phone. We're not sure it knows it's not her. It certainly acts like her, talks like her, does her job. Not even the husband noticed anything."

"Veronica was up for a promotion to assistant department head. To get it down here, we told it you needed to interview her."

Seabring held her hands up, a gesture of defense. "No, of course not. There's a microphone in the observation room, I'll show you."

It didn't last long. Mandy tried to be gentle: it was difficult to look at Veronica Moresbay's face and see the enemy. Right up until the end it claimed to be her, claimed to not understand what was happening, claimed it was all a mistake. Seabring cut to the chase and projected the scan image from the front door on the wall-screen, and Veronica's head turned to look at it. There was a crack and a flash and the two-way mirror was covered with blood and bits of skull and hair and not a speck of brain.

Chowdhury gave Mandy a sedative; I put her in bed. Mandy was even further traumatized, having previously McLeary die, and Veronica Moresbay's remains were even further desecrated. The worst of it: after all that, we were no less in the dark,

But D1 had installed millimeter wave scanners, and was installing something else on the perimeter. He knows something.

Chowdhury was performing an autopsy on what was left of Veronica Moresbay. Seabring and I and a few others convened in the mess.

"Has D1 told anyone what it's working on?" I conspicuously did not look at Seabring.

She responded anyway. "It's a shield. No more risk of sudden death, as of..." she looked at her watch, "about an hour ago, at least here on campus. You may have noticed the lights dim for a second? That was D1 switching it on."

"If he can shield us from it then he knows how it's being done."

"That would seem to be the implication." Seabring didn't elaborate; we stared at her.

Rapture had taken a long time to learn to trust McLeary: she came from a neighborhood where most white cops were part of the problem, and McLeary at first glance must have looked like the whitest cop she'd ever seen. But eventually he'd earned her trust, and just because Seabring was now acting head of security didn't mean that she'd inherited that trust. "Listen, lady, this need-to-know crap isn't working for me. What did One tell you?"

Seabring looked around, saw that we were all waiting for an answer, and then shrugged. "Not Dreamland One: Chowdhury. He's not a roboticist, but he's not just a surgeon, either. From what he told me, apparently from the scans it's clear that the thing inside Moresbay's head was incredibly sophisticated. As in, Dreamland-One-level sophisticated. It wasn't some remote-control drone, it was likely self-aware. Which implies—"

"The melon-baller is wicked good at AI?"

"It's certainly possible that our enemy is using AI against us." Sebring didn't sound like she believed that, clearly, and then she continued: "It could also be that our enemy is itself AI, something like Dreamland One. Something somebody made, that got out of hand."

Massive shook his head in disgust; Rapture was stone-faced as she ran the various implications in her head; Punkster, succinct as always, offered, "Well, fuck us."

"That might explain why Mandy hasn't seen anything. She can never tell what D1's going to do either."

Seabring offered, gamely, "A Team has been recalled. We don't know how long that'll take — Raijin's cagey about explaining his dimension-shifting powers — but they're supposedly coming back."

"Stay on campus. Wait. Let the Boss do his thing. Maybe he'll figure it out, give us an order. Maybe he can track it down from emissions or something, you never know. It may very well be the solution to this will be shutting down part of the power grid and then a simple mop-up."

Rapture laughed and walked away.

Seabring sighed. "Yeah, I don't believe that either."

Mandy was still out cold when I got back to our quarters. Junior was likewise asleep in his crib. I checked to make sure they were both breathing. Portland was watching cartoons. As I passed on my way to the kitchen, she said, "Still got my brains, how about you?"

"I'm never really sure one way or the other."

She nodded understanding. "I know what you mean."

"I remember this. Have I been here before? It feels familiar, somehow, like a memory from when I was half-asleep." He waded a little further, paused, looked around and behind as if unsure.

Everything you've ever wanted. Your ultimate reward awaits within.

"My… what does that mean? Gold? Women? I don't understand."

If those are your wants, truly, then that is what you will find. If what you want is unknown even to yourself, you may find something else.

He stood in the water, gentle waves lapping against his fingertips and his thighs. "I'm not sure. It's dark in there, I can't see where I'm going. Can you—"

"Can you give me lights? Can you let me see what's in there? What I'm walking into? Can you?"

Go. Go. I tire of waiting. I hunger. Go and be rewarded. I remember it all: I remember being the one in the test chamber; I remember the shaking; I remember you, Jules, yelling something about the settings being off, about danger; I remember everyone scrambling for the panic button but no one quite getting there. And then — or, now — here we are, kids again, far from the lab and from the people we… will become.

It's odd being six and having a degree in theoretical physics.

We'll get there again, we just have to be careful not to avoid all the little accidents that led us there. Then we'll fix it. 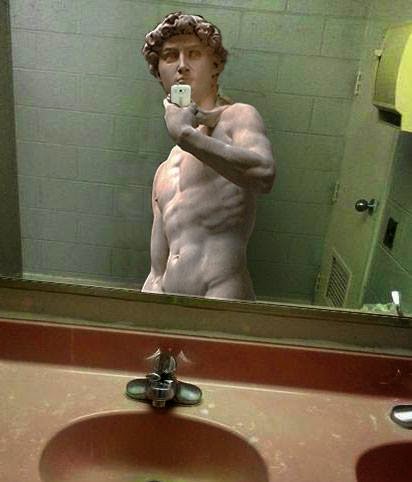 I used to read comic books, did you read comic books? My favorite were origin stories. And not even the hero origin stories: I mean those were interesting and everything, but villain origin stories were always more fun. Somebody falls — or is pushed — into a boiling vat of toxins, or doses themselves with some goop they thought would make them super-strong, something like that. It never works out well.

I should have remembered that.

I just wanted to be the man you said you wanted; I guess it didn't work out. But I promise not to turn evil or whatever.