You know me, Frank, you… we used to live next door, Frank, we lived next door to you on Richmond Road. My wife is Isabelle. Frank. You have a dog, a big dog, like a St. Bernard or something, I don’t remember the dog’s name but my daughter walked him a few times. Hang on, there’s no need for… we had that minivan with the dent in the door. Remember? You offered to bang out the dent, Frank, do you remember?

They’re almost here, they’re… please, can you let us in? Frank, please. Frank.

Email ThisBlogThis!Share to TwitterShare to FacebookShare to Pinterest
Labels: zombie

As soon as we can’t hear the hum — that low, undulating sawtooth tone that all their craft make — we run for the entrance. We know they’ll see us. They always see us. Smash and grab, in and out as fast as we can manage, get back underground and figure out what we scored.

This time they sent something down after us, something new: looked like metal spider with another metal spider welded to its back upside-down. Rusty speared it with a sharpened pole. There was something alive inside, part of it, grafted onto the circuitry.

Rusty cooked and ate it.

The wife was in the bath, candles and a glass of wine, earbuds in, didn’t hear a thing. The two teenagers were out of the house: daughter at volleyball practice, son smoking weed with some underclassmen. The General was in his study, reading something, briefing papers, probably. I don’t really care. I shot him before he could look up, one round to the hairline.

That should have been it. But he looked up, surprised, then annoyed, and then kind of a perverse amusement, and the gaping wound in his head sucked itself closed, and he goes, “Who sent you? I’ll tell you who: someone with a sense of humor.”

You know what? I told him exactly who they were, and where he could find them. And I offered to take the contract for half my usual price. Because fuck you, don’t withhold important intel like, ‘your target is a demon’.

Yolanda Used To Be Amy

I spent eight years in prison for negligent homicide — Colton, and don’t ask me how him getting clawed by a demon and then shooting himself in the head is on me, legally speaking, but here we are — and when I got out, I moved to Minneapolis and changed my name. I worked a shit job for long enough to afford plastic surgery, and then changed my name again and moved to San Antonio. I work for a builder, managing the cash payroll for the undocumented workers, and for myself. No one here has ever asked for my social security number, and if they did, I wouldn’t show up the next day and their lockbox would be empty.

The baby, our baby, Colton’s and mine, would be about twelve now. They took her away, and later they told me she died, but I don’t believe that for a second. I don’t know whether she’s going to come looking for me one day, show up on my doorstop. I don’t know she’s evil. Not for sure. I don’t know she started that fire. But I had one of the guys find me a .32 without a serial, just in case.

Email ThisBlogThis!Share to TwitterShare to FacebookShare to Pinterest
Labels: Horror, The200 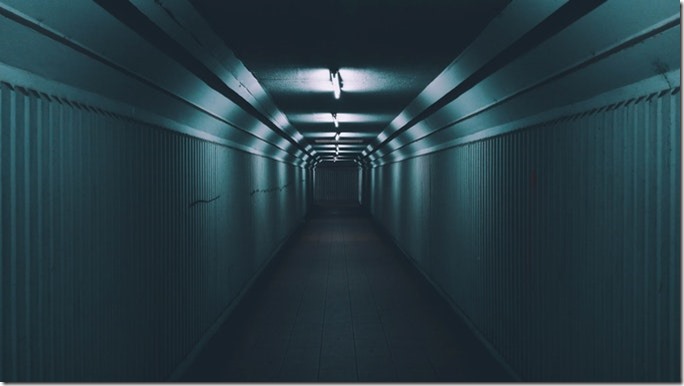 So it’s an easy shift. No problems. You stand right here, and check in on the radio every half an hour. There used to be a chair, but they stopped letting us sit down after Portney fell asleep. Every once and a while, maybe once every three or four months, one of the big bosses comes down. You don’t have to check IDs or anything, Head of Security will be with them every time. Anybody else comes out of that elevator, you turn ‘em right back around. Don’t let them go down the hall. Nobody gets down the hall unless they’re with Head of Security. And son? Don’t go down the hall yourself. Ever. Don’t get curious, and figure, oh, no one will know because there’s no cameras. Even if you hear noises, don’t go down the hall. What kind of noises? Son, you’ll know it when you hear them.