The Lady Of The Lake

They turned to look at the source of the breathless words: a boy, standing in the doorway, one of those who had taken to sitting on the hillside and watching the water all afternoon as soon as their chores were done.

“Don’t believe me; but she’s there.” The boy turned and ran back towards the bank.

They assembled on the bank and watched the woman in the water. Some called to her; one started to wade in, but was quickly pulled back by his friends.

“You don’t want any part of her,” he was sternly told, “lest you lose your soul” 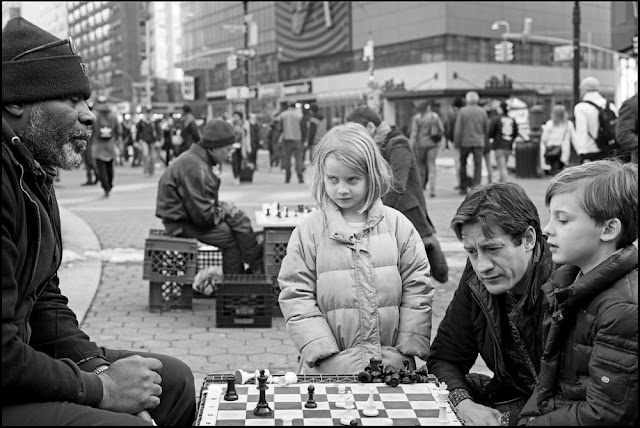 “It’s almost Milton time,” says Gracie, and she’s already pulling on her shoes and her coat and looking in vain for her mittens; Paul is watching cartoons, and seems unconcerned, and has to be coaxed away.

It costs $5 plus the four-block walk, but Daddy pays. Most of the others won’t play kids, but Milton will play anyone of any age once, calls it ‘fishing’; he plays Paul once a week, and usually wins. Usually.

“I didn’t play well as him, maybe ‘til I was twenty-five, maybe thirty. And I ain’t gettin’ no better. He’ll beat me often as not, he gets to driving age.”

Daddy asked Milton once if he’d like to come for dinner. Milton looked at him like he was crazy. Paul shakes Milton’s hand after every game, very grown-up, because that’s what you do when you’re part of that club and Paul is part of that club. Gracie watches the game, sometimes, especially if Paul is winning, but is sometimes distracted away by pigeons or dog-walkers. Daddy watches the game always.

On the walk back, Paul will talk about the game, if it’s close; if he wins, it’s a breathless torrent of excited recapitulation. If he loses badly, he doesn’t talk about it until bed-time, and then only in low, humble whispers from the under safety of his comforter, as Daddy listens and nods and pats him on the shoulder.

Sunday afternoons, spring, through summer and fall, and to the first snowfall at least, maybe longer.