“I don’t know why you came here. There’s no people. Nothing to do.”

I was grateful not to have to chase him. “So just the quiet? The view? The sound of the waves?”

“All that. But also, the lack of people is a good thing. No yelling, no crying and laughing. None of the stink of humanity.” He snorted. “I suppose you’ll add that to the report. ‘Antisocial statements’.”

“You don’t make me run, I won’t add any more charges. But you’ve got to hand over the Lasso right now.” He fished it out of his pocket, an innocuous little metal disc, and handed it to me. “Thanks.”

He shrugged; he knew it was over. Maybe he’d gotten what he wanted, if only for a little while.

I holstered my stunner, sat down beside him on the exposed limestone. “If you like nature so much, you could have taken one of the approved vacation packages. There’s destinations like this—”

“Ten thousand people sitting around you, taking pictures, calling their children back from the edge. Laying out a picnic.” His voice dripped with disgust. “No thanks. This is how a place like this should be. Quiet, lonely. Just for me.”

I shook my head. “Greedy. Selfish.”

“We can’t have people using the Lasso for unapproved trips back. No supervision? No fail-safes? It could be disaster. You could change everything.”

“I’m not some terrorist. If you hadn’t come along, I wouldn’t have changed anything. I would have stayed right here. Build a little house out of local stone, wake up to this view every morning? Yes, please.”

“You don’t have to be a terrorist. You could just make a mistake. And then poof, it’s a different world.” I didn’t tell him about the little stone house over the next rise, the one he hadn’t seen because the Lasso had put him down nearer the water this time, this first time. It wouldn’t matter, because when I take him forward there wouldn’t ever be another time, an earlier time, and the house won’t ever have existed.

“I know the party line.”

I didn’t look at my watch; I’ve been doing this too long for that sort of mistake. I didn’t mind spending an hour of my biological time looking at a view like this. “Sure.”

Eventually I took him forward. He didn’t make any trouble, but I’m pretty sure that eventually he’ll escape, steal another Lasso: the little stone house is still there, then, waiting for him to return.

My secret worry is that it’s waiting for me, that I will someday go back and build it. I should have looked inside, then, and made sure. Now, I’m scared to.

Email ThisBlogThis!Share to TwitterShare to FacebookShare to Pinterest
Labels: long form, sf, Write At The Merge

She’d been staring out the reinforced windows of the mess at hills lit up a little too red and a little too bright. She blinked, took a moment to process the question, turned to look at the questioner. “Not sure? Maybe thirty-seven hours… thirty-eight? Thirty-eight hours. You?”

“Only about twenty-six.” He sat next to her, lowering himself into a chair with the focus of someone whose reflexes were written on a different world. His eyelids were heavy, his hands twitchy, his posture hunched. “I don’t do well.”

“Some people.” There were plenty of them, hundreds and hundreds, laid out in water beds in prefab cabins all around them, in every direction. “My wife was adapted inside of a week. Damndest thing.”

She didn’t have a wife, or a husband, or an anything. “Some people.”

“Yeah.” He rubbed his eyes, sighed, stared at the landscape. “You try a mask?”

“Sure. Keeps me awake. Constricting, like,” she put her hands against the side of her head, squeezed her face, her nose, “ugh. Feels like I’m suffocating. Can’t do it.”

“I had pills. I brought a bottle of pills, you know? I read a paper once, about how the longer day would throw off our rhythms, how some people wouldn’t be able to adapt. I thought, hey, I’ll get a leg up. Big bottle, but only about half a pound. Nothing. They might not even have counted it. Went through it in two months, still didn’t help.  Sometimes I think: if I’d just done it naturally, would I be adapted now?” He laughed. “Anyway, my wife thinks so.”

“So I’m on the couch until it’s better. Which makes it worse. Plus they won’t let me work. I’m a ‘safety risk’.”

“You should apply for a bed at medical. That’s where I am. It’s quiet, and everybody gets it. I’ve been there for a month.” She shrugged. “They reassigned my cabin.”

“That’s not fair. They shouldn’t do that. You have a—”

“It’s fine. They’ll assign me another one if I… when I’m better.”

He got up, walked over to the vending machines, spent too long staring at the labels on the meals, finally stabbed a random button with one finger. “Want anything?”

She realized she couldn’t remember. “Is there chicken? Chicken sandwich?”

“I don’t think there’s more chicken yet. Still growing.” At least they weren’t out of beef; it would be years until there was fresh beef. “How about pasta salad? There’s plenty of pasta.”

They ate in silence. Others came and went around them, some as haggard and disheveled as they, some just on an early work schedule. She picked at her pasta, pushing it around the container before finally eating it in an act of sheer will.

Eventually she looked up and saw that he was out, head on his tray. She suddenly hated him, and walked out. Eventually someone would come in, roust him, shoo him home.

I didn’t even know he was down until… what’s his first name? With the backpack on?Until Maynard yelled for us to go back for him. Weren’t nobody going back for him.

Zombies, man, they ain’t fast but there’s a lot of ‘em, and they’re beside you and in front of you and everywhere you’re going. And they can seem fast because they ain’t wasting no time; not coming at you, not grabbing at you, not eating at you.

Antoine was in little bits, man, little tiny pieces, maybe ten seconds.  Maynard was still yelling for us to go back. Fool.

She didn’t really look at him, didn’t really acknowledge him at all, and he was seconds from walking away in a huff when she finally answered, “Northern California.”

He lit a cigarette of his own. “Not a bad drive from hereabouts.”

A mother with a judgmental look on her face approached with two small children in tow; she hurried them past, pulled them by the arms into the safety of the diner.

The bike was cherry, current tags, but she had no helmet. “Cops hassle you much?”

She laughed. “They pull me over to hit on me. I don’t get tickets.”

“Well that’s a mixed blessing if I’ve ever heard one.”

She shrugged, dropped the cigarette at her feet, carefully ground it into the concrete with the toe of her boot. “Ride together for a bit?”

“Sure.” He’d been going South, but that’s life. 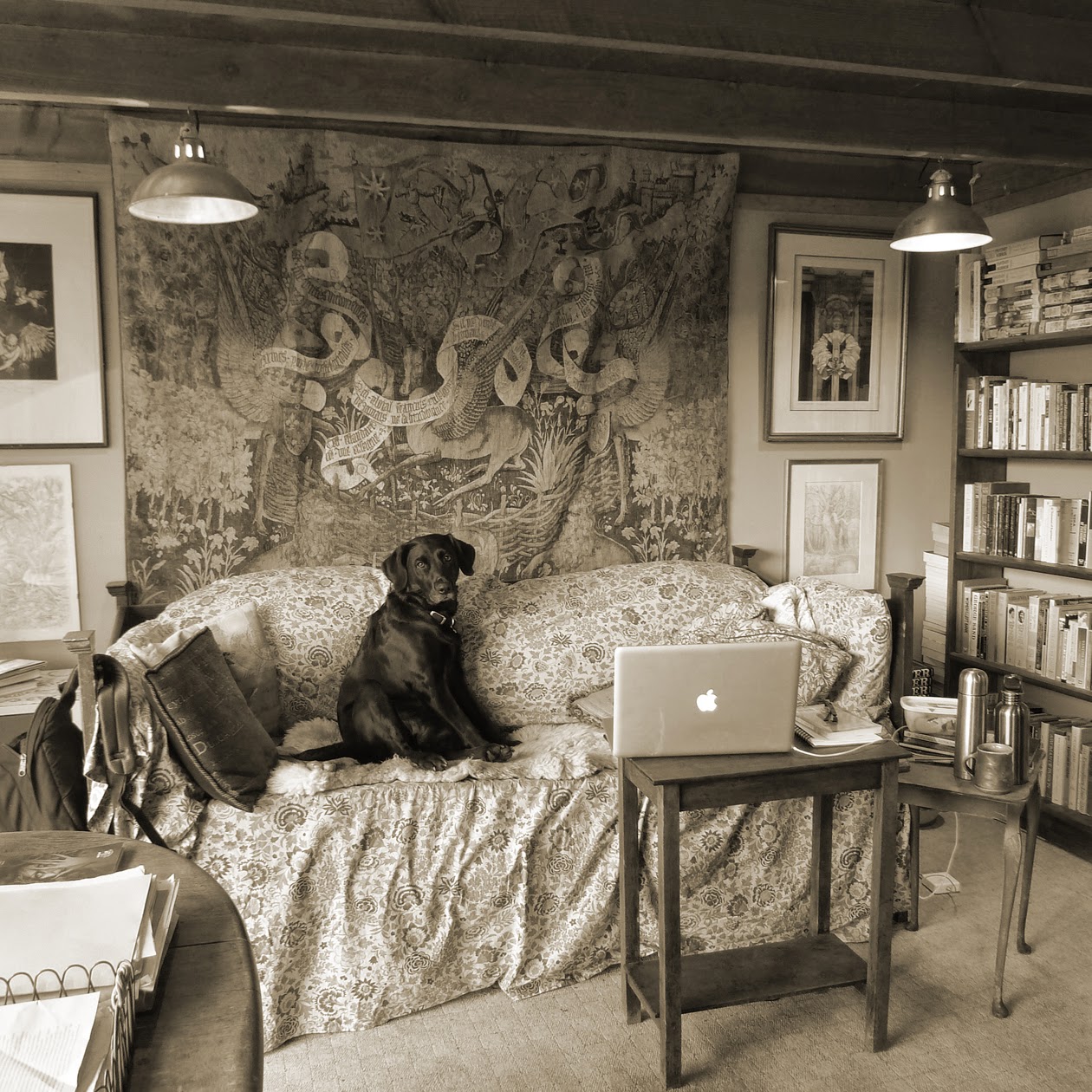 He was startled, but answered evenly. “Can’t. Too busy.”

“I see that,” the dog answered, nodding. “But maybe just for a little while? It’s such a nice day.”

“You could take a peek out the window,” the dog continued. “See how nice it is? Sunny, warm. Nobody out there waiting, not a soul. You’d be perfectly safe. We could take a walk, maybe just to the end of the street, you and me.”

“Sure,” said the dog, with some resignation. “Maybe tomorrow.”