He sidles up to the bar, smoothly, with an easy smile and his money folded between two fingers. “Scotch, neat. Whatever you recommend.” He slides onto the stool next to mine, careful not to bump me, in a graceful and practiced motion. He wants me to know deep down, without my thinking it consciously, that he is good at this. He doesn’t presume to buy me a drink, or even to ask if he may buy me a drink: I already have two fingers on either side of the stem of a glass of red wine I’m not drinking.

The bartender nods at him, glances at me, turns to pick a bottle from amidst the multitude.

“Do you know what time the restaurant closes?” His head is turned towards me, his voice conversational but quiet.

“Ten.” I answer automatically. “Why not ask Charles here?” The bartender’s eyebrows furrow slightly when I say his name, but he just pours the scotch.

“Now, see,” the man chuckles, “you’re already identifying logical flaws in my plan. Clearly you’re smarter than me. I think you’d be a real asset to the operation if you came on board.”

I am momentarily thrown. “Operation?”

“This one, where I try to pick you up. Imagine how much smoother it would go if we worked together on it.”

I look at him incredulously, but I can tell he knows I find him amusing. “Do you have a name?

“Wayne.” He doesn’t give a last name, because his last name shouldn’t matter either way. We’re not getting married. That’s not the half of it, Wayne.

Charles places the tumbler of scotch on a clean napkin and slides it across to Wayne. “I think the lady was looking forward to a quiet evening…” Charles delivers it with the tone of fatherly advice: I’m helping you out, here, son.

Charles has made me, knows what I am. He’s been around, he knows the night life. A younger man, a more foolish man, might have mistaken me for a call girl. “It’s all right, Charles. Wayne seems like a gentleman.” I fix the bartender’s eyes with mine. “I don’t think anyone is in any danger here.”

Charles pauses, then nods, then goes about his business. Maybe he believes me, maybe he doesn’t. Maybe he just doesn’t want any cops coming around here in a week or two showing pictures of a missing businessman, asking if anyone’s seen him, checking security camera footage.

“I appreciate the vote of confidence.” Wayne sips his scotch, and a smile spreads across his face. “The man knows his scotch.”

Wayne downs it, slips off the stool. “I’m in 431.” He walks out of the bar, assuming I’ll follow on momentarily.

The bartender leans in, whispers, “Listen—”

“I never leave a mess behind, Charles.” Wayne will go home safe, eventually, and he’ll go home happy, if a bit anemic.

We scrambled up from the car to high ground with only seconds to spare. We watched the wave roll down the highway, sweeping away the traffic jam with the same ease it had the beach houses and the river bridges and the low-lying towns. The sky had already gone thunderstorm-dark in an odd contrast to the horrific otherworldly glow on the horizon.

“It actually hit us,” my wife said, as if trying to convince herself to believe it, as if her senses had been lying to her all along. “I thought it’d miss us, you know, like they always do.”

Auditioning For The Follies

She took the bus to the theater, she followed hand-written signs to the rehearsal space, she checked in with the girl at the desk. She found a seat between a redhead and a blonde, both already  intently reading copies of the ‘sides’ she had herself only just been handed.

“Do you girls know this director? I’ve never heard of him.”

The blonde answered. “Sure, hon. He’s a gas. Makes them avante-garde movies. Lots of flying.”

The brunette piped up, “Like in the theater? Put’cha in a harness and hoist you up? Hardly anyone falls.”

“Hardly anyone,” agreed the blonde.

There was an odd noise, like a hailstone cracking a window, and then an odd hiss that became a whistle. It was only when Carlos’ ears popped that he understood. “We’ve been holed!” He pushed off, sailed across the compartment towards the intercom panel, tried to triangulate the noise as he went. Where is it?

He mashed the broadcast button. “Meteor strike. Lab two. Somebody get down here with a couple patches.” There wasn’t a response, but he didn’t expect one. They’d be scrambling.

Carlos pushed off again, listened: the whistle was intensifying, deepening. He was starting to feel lightheaded… 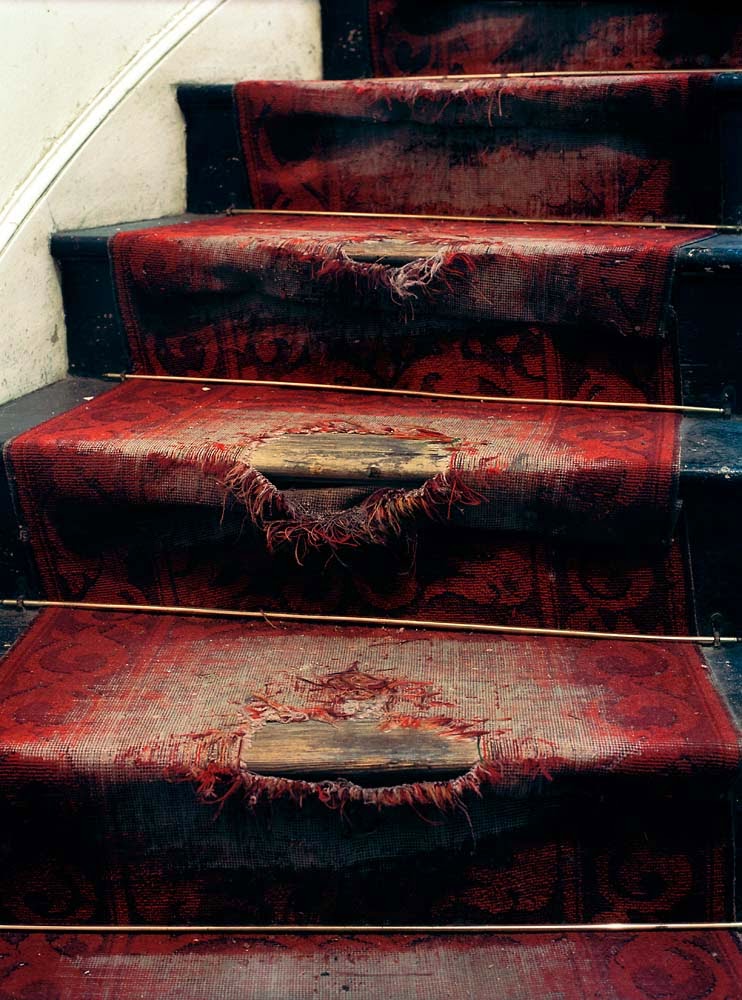 “We used to travel. We used to stay in nice hotels.”

He didn’t look up, but sighed and said, as if to a child: “This is a nice hotel.”

“This was a nice hotel, before we killed everyone. Now it’s a shithole. There’s dust everywhere. The carpet is worn through.” She stood in front of him, annoyed at his lack of attention. “And I’m sick of rat blood. I want a human.”

“So go find a human and quit bothering me. I’m reading.”

She could have torn his throat out, she was strong enough. But he was her maker. “Fine.”