Boots, With The Fur 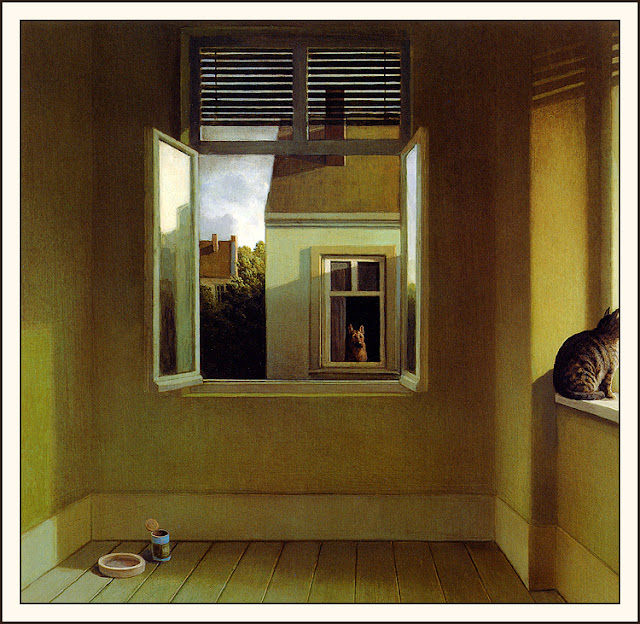 "So what are yours doing?"

From around the corner, with disinterest: "What does it matter?"

"Mine are watching television. Something with people arguing. I think it's a reality show, but one of those ones that's mostly fake, you know? Where the producers set them up in situations and basically tell them what to say?"

"Listen, I'm trying to sit in the sun here. And it's already four, so there's only so much sun left. Sooo…"

"They feed you yet? Mine haven't. I smell food though. That yours? I can't see from here."