The Cat Who Walks Through Walls 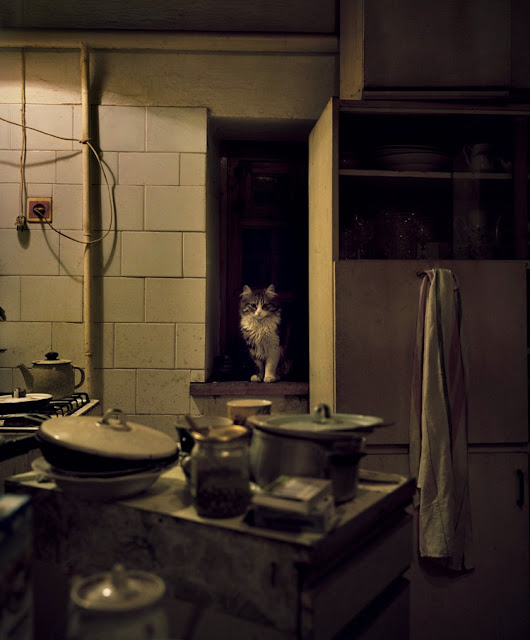 He was in the kitchen again this morning.

I locked both doors, front and back, before going to bed, and they're still locked. Windows have been painted shut since Thursday. The clothes dryer vent is hooked to the dryer, and the fireplace flue is closed. I even took a flashlight into the basement and checked for holes in the foundation, anything. There's simply no way to get into this house, but there he was. Still is. He's watching me right now.

I called animal control and they don't know how he escaped their holding room much less got all the way back here. They also said he acted normally while he was there, no cold unblinking stare, no claws out, ate their regular food, even purred. They actually suggested that I think about keeping him.

If I went to stay at my brother's place in Memphis, would he still be here when I got back? Or would he find me there? It's a three-hour flight, so I suppose if he appeared there that same day, then at least I'd know to be scared and stop feeling so foolish.

What does he want from me?

Maybe I should buy a gun.