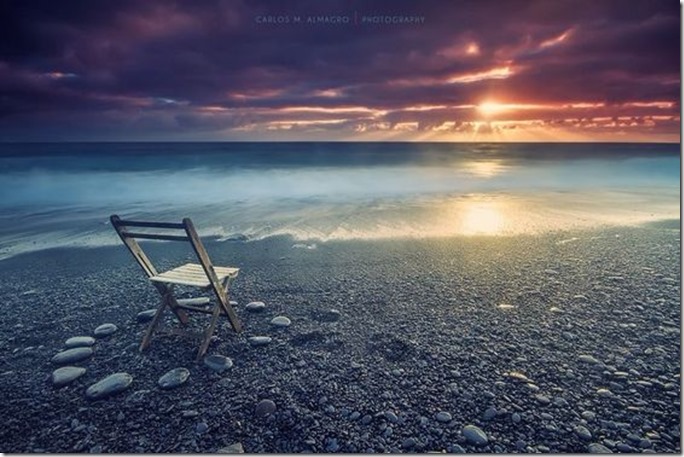 “What are you doing down here? Everybody’s eating.”

She’d dragged the old patio chair down to the beach, and was sitting on it, staring out at the sunset. “I’ll eat later.”

“Only a couple hours now, you should—”

He walked back up to the house, where everyone was gathered around a dinner table, refilling wine glasses over mostly untouched plates. “She’s not coming. She said she’d eat later, but she’s not coming.”

“Let it be, Mandy. Just…” He sat back down. In the kitchen, the oven door opened with a squeak. “Don’t say anything to Mom.”